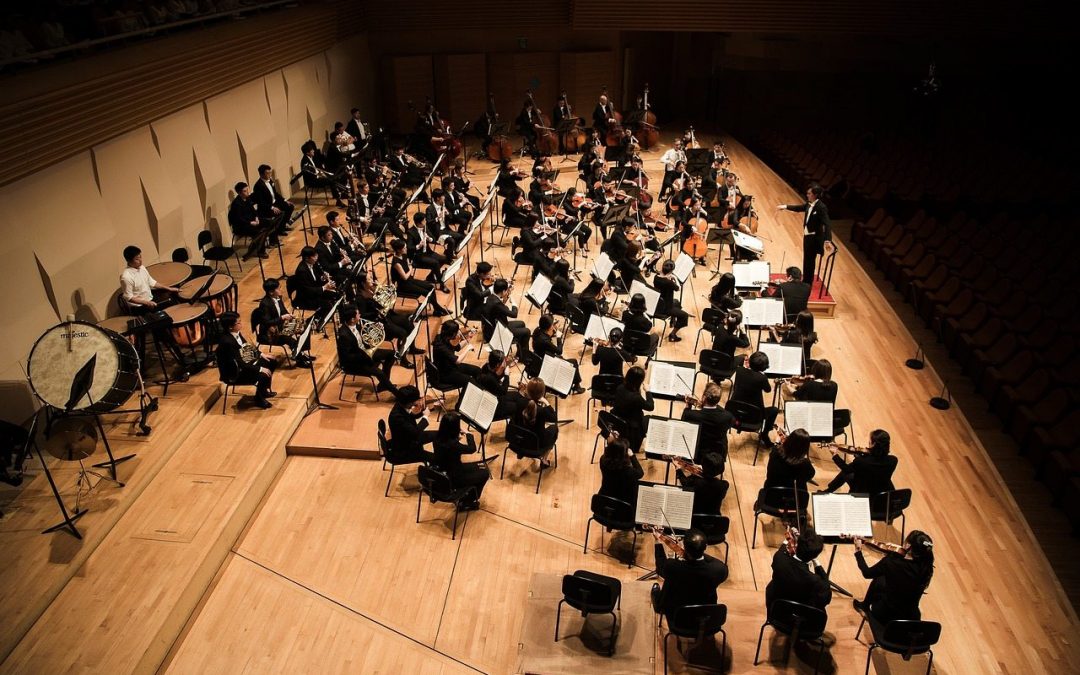 Well, I couldn’t keep it down to just ten.  Pick your own from these 25 and we’ll discuss it.

This great Baroque master had 20 children, and he was a professional musician.  He had to be great not to be a broke Baroque.  You saw that bad pun coming, didn’t you?

Beethoven was deaf when he wrote this greatest and most revolutionary of symphonies.  At the end of the premier, the concertmaster had to turn Beethoven around to see the applause.

A French composer that wrote the quintessential Spanish opera.  Go figure.  These orchestral-only suites are rich with themes you’ve heard anywhere from commercials and films to Bugs Bunny.

Brahms wrote only one violin concerto, but what a masterpiece.

Chopin composed mostly for piano alone, but this concerto embodies the early Romantic period of music perfectly.  The second movement always reminds me of my late wife Dona.

6.  Dukas:  The Sorcerer’s Apprentice, Scherzo after a ballad by Goethe

Well, you’ve seen Mickey Mouse be the Sorcerer’s Apprentice in Fantasia.  Now, just sit back and enjoy the music by itself, a masterful work of orchestral painting.

This Czech composer expertly summarized America in this, his last symphony.  Listen for the tune “Coming Home” in the second movement.  The scherzo directly following is amazing, racing on toward the last movement and the symphony’s brilliant finale.  I used the scherzo as a test when purchasing a stereo system.  Heads turned at its power.

Now for an American composer.  Gershwin expertly fused classical with jazz in his most familiar work for piano and orchestra.

Like Bach, another Baroque composer of German origin.  Handel ended up plying his trade for the English Court.  He composed this piece for entertaining the royals as they lounged about on the royal barge.  They didn’t have CD players or i-tunes then.

Another German writing for the English.  This symphony comes between the set of six symphonies called the Paris Symphonies and his last symphonies, a set of twelve called the London Symphonies.  I like this one as a perfect example of the Classic symphony.

Before Star Wars and Star Trek with their instantly familiar themes, this English composer had written the inspiration for it all in this seven movement impression of the solar system.  Absolutely fantastic!  O, and by the way, he composed it before Pluto was discovered and subsequently rejected as a planet.

This Armenian composer wrote several ballets.  The Sabre Dance is extremely manic.  Try dancing to this… and with a sword!  No don’t, just listen.

You may recognize this from a Looney Tune.  Mendelssohn took a vacation to Scotland and wrote a symphony and this overture.  I like it.

This strings-only work epitomizes the masterful way Mozart had of capturing perfection in music.  Yes, he was a genius.

This piece gives a great overview of the orchestra in a fun and accessible way.

Rachmaninoff wrote this greatest of all piano concertos after being treated for depression brought on by the failure of his first symphony.  He dedicated the concerto to his doctor who had used hypnotism in his treatment.  Whatever, this music is without equal from the first somber chords of the first movement through the unbelievably beautiful second movement to the last bar of the thrilling third movement.

Ravel takes one musical idea and repeats it over and over adding more and more instruments to build an exotic and sensual take-off on a classic Spanish dance.  Just like Bizet, another Frenchman writing fantastic Spanish music.

O, you’ll know this from Bugs Bunny and Elmer Fudd.

Schubert died in obscurity, but his music was rediscovered after his death.  Mendelssohn tried to premier this in London, but the first violins scoffed at the last movement.  Exasperated he withdrew it.  Listening to this breathtaking symphony makes you realize how small the London players were thinking.  Another thing, don’t get bogged down in trying to figure out the numbering of Schubert’s symphonies.  Look for the Great C Major.

Sibelius was a Finnish composer.  When he wrote this, Finland was occupied by Russia.  The piece became a symbol of the indomitable Finnish spirit.  I frequently listen to Sibelius only for weeks at a time.

You can hear even in this operetta overture why Strauss was called “The Waltz King.”  It’s said even Brahms envied his waltz writing. 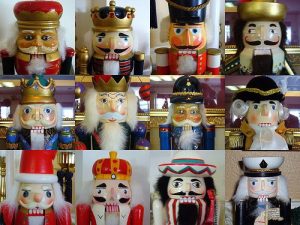 Tchaikovsky didn’t like his third and last ballet, but beyond its status as a classical warhorse, this ballet music reveals Tchaikovsky’s musical genius in more subtlety and grace than the equally famous 1812 Overture.

24. Vivaldi:  The Four Seasons, The Contest between Harmony & Invention, Opus 8

A Baroque composer from Venice and a teacher at a music school for orphaned girls, Vivaldi wrote this set of four short concertos for violin and orchestra to invoke the seasons.  He nailed them.

25. Wagner:  The Ride of the Valkyries from Die Walkure (The Valkyries)

Inspired by Norse mythology, Wagner wrote four massive operas called The Ring Cycle, long before Tolkien’s The Lord of the Ring.  In this third opera, he has the classic goddesses in horned helmets ride out of the heavens accompanied to this exhilarating music.  Bugs and Elmer acted out this one, too.